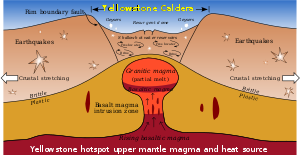 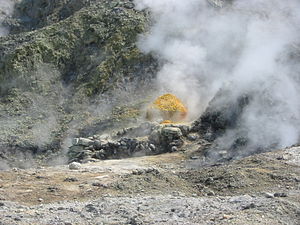 A study at the universe of Illionois shows that it would take anywhere from centuries to thousands of years for a magma chamber to change enough to permit a supervolcano. Our potential supervolcanoes are all monitored by volcanologists and none of them show any signs of this process. We would have plenty of warning because the ground would be lifted not just by meters but by tens to hundreds of meters before the eruption. The study found that this process would most likely take many of our human lifetimes, according to a study at the University of Illinois[1]

Where can we expect the next supervolcano?[edit | edit source]

Retrieved from "https://doomsdaydebunked.miraheze.org/w/index.php?title=Centuries_of_warning_of_a_supervolcano_eruption_-_with_zoomable_map_of_top_seven_supervolcanoes&oldid=4450"
Cookies help us deliver our services. By using our services, you agree to our use of cookies.